We finally moved to our new home two weeks ago. We also had our own charity market "Little Keeper's Market" last weekend, so since we moved, we've been very busy, but now we have some time to sort things out around our new home and watch TV after Nico's gone to sleep...

Our linen cupboard isn't ready yet, so all my boxes with nuno and stitch products are in our spare room and there's no space to walk through there. To cut the costs, we asked the cabinet maker to cut all the boards for the shelves into the right size and Paul's dad and his sister are putting them together for us. Also in our lounge area, we have heaps of chairs and it still looks messy. We're making our dining table now so that all my collection of chairs can fit around the table (now we have 80 diameter round dining table and can accommodate only 4 chairs-we have 6 chairs! ). 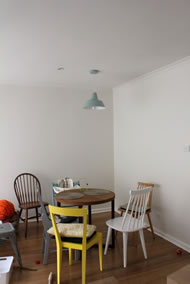 So I wanted to take a little bit styled photo of our new home to show off to everyone, but all we can show you now is our messy home photo unfortunately:p we will need a little bit more time before we invite our friends over too. 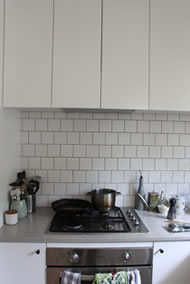 This is our kitchen. The kitchen and the lounge were separated before and each room looked dark, but now with two big windows, it's much lighter! I really love this open space because I can see Nico and Paul playing while I'm cooking.  We love these square subway tiles and black kitchen handles. We love the colour of our bench top. 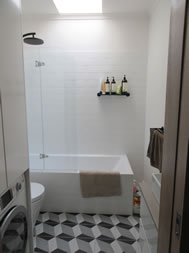 This is our bathroom/laundry. Our basin is quite small so I'm using the kitchen sink for washing, but I like it because I can see Nico in the lounge while I'm doing the washing too! It's quite a small space, but not over crowded thanks to our designer Maria:-) we love the skylight! 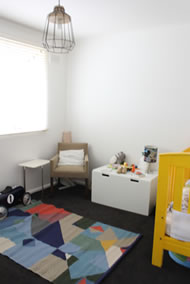 Nico's room
This was the room with paint over wallpaper! Now it looks great:-) we love having carpet in bedrooms.

All our renovation went pretty well but we had some dramas just the day before moved in. I will write about it soon!

What is little keeper's market? My new challenge

One day my sister-in-law and good friend Maria told me about how her friends were impressed by the softness and quality of our "herringbone scarf" and talked about how difficult it is for online shops to show the quality of their products. Her friend suggested that something like a Tupperware party, where I can show and tell about my products, might be good for my shop. 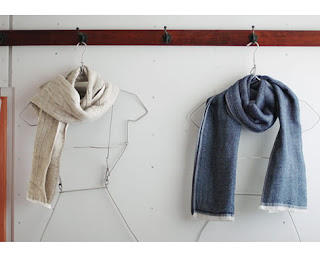 When I started to look for a venue, I found that: a) it's a bit pricey to hire venue for myself and b) it's too big just for myself - so then I decided to get someone else involved. I didn't really mean to organize a market myself, probably that's the last thing I wanted to do, because it's too challenging for someone like me who has "0" confidence in English (read here..) and no connection to locals. Well, probably I wouldn't do that in my own country Japan either...

When I tried to find people interested in a "Tupperware party" on Facebook, most of the other shops who were interested in my idea were "Tupperware types" of people.. I thought that's okay as long as we can share the cost, but Maria suggested that I stick to my branding and find some businesses similar to mine. I didn't have many connections, but I knew some lovely business people who have their own brand/shop, so I started asking them if they're interested. Probably how many people I can get to the event is the most important part of their decision making, and I didn't have confidence around that part..but somehow they agreed to join my event. That was very exciting. We decided that all the stall holders do their own marketing and invite friends and family and I would do a little bit extra by putting flyers to locals.


And then how did this event become fundraising event? My husband Paul said he could borrow a coffee machine from his work and raise money for charity and I thought that's a great idea. Around the same time, I heard from my best friend Yuri in Japan that one of her close friends got cancer and that she was in critical condition. I met that friend only once at Yuri's wedding in Japan a few years ago. She was living in Shanghai with her husband, but she came all the way to Japan for Yuri's wedding and I still remember she was in a beautiful kimono. 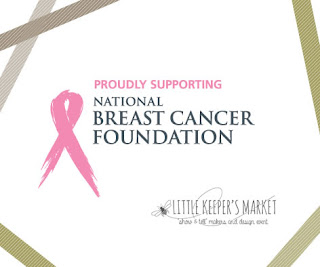 When she found out about her cancer, it wasn't really at an early stage. She had to come back to Kyushu, her hometown to have a surgery. When Yuri told me she went to Kyushu for a day trip to see her at hospital, I realized that her condition was pretty bad because Kyushu is not a place where people make a day trip from Tokyo often (it's about 850 km away). When Yuri also told me she has a two year old boy, I felt like crying thinking about my own boy Nico. No mums want to leave such a small kid behind.

I used to say to Paul that I didn't care about my health. I could sacrifice myself for my family, so I didn't need rest. I always wanted to look after my family. But if they lose me, what would they do? I have to stay healthy for them...that's what I realized from Yuri's friend's story. Then I wondered if many mums might be the same, being too busy to think about their own health.


We picked the National Breast Cancer Foundation from many charities to support their good work, but our main purpose for this fundraising is to inspire people to think about their own health. I think everyone wants to make their family and friends happy, but without them, those people will be sad.

Looking after yourself is not a bad thing. To treat yourself, have some afternoon tea and workshop at Little Keeper's Market and maybe get some nice pressie for yourself!

Posted by Allie @nuno and stitch at 09:56 No comments: