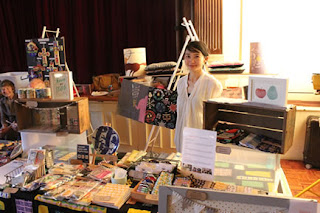 So as we announced previously, we had a market stall at the Christmas Carols at Sts Peter and Paul in South Melbourne on Sunday. It was their first attempt at having stalls at the Carols and we were told not to expect too much (we know the people there very well), but it was really wonderful night!

Paul’s parents also had a stall there for their charity so we decided to take Nico with us. Setting up stall with a 1 year old boy running around wasn’t easy. Paul and his parents looked after Nico in turn. It lasted until 8.30pm but Nico was being such a great boy, enjoying all the music and clapping his hands.

Except for nuno and stitch, all the other stalls were charity based, so I felt a bit bad, but the people gathered there were so nice and told me how much they liked my products. Thanks Sts Peter and Paul for having us there and for the wonderful night. The singing was really lovely! 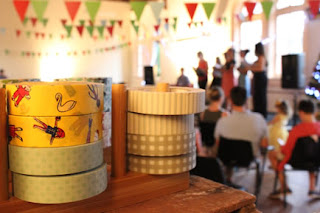 And tomorrow, we’ll have another stall (it will be the last stall of this year) at Mulgrave Twilight Market. It’s a "handmade products only" market...the “nuno and stitch production line” is still in progress. There will be lots of food, lovely stalls and Santa Claus will be there, so come and have some fun!